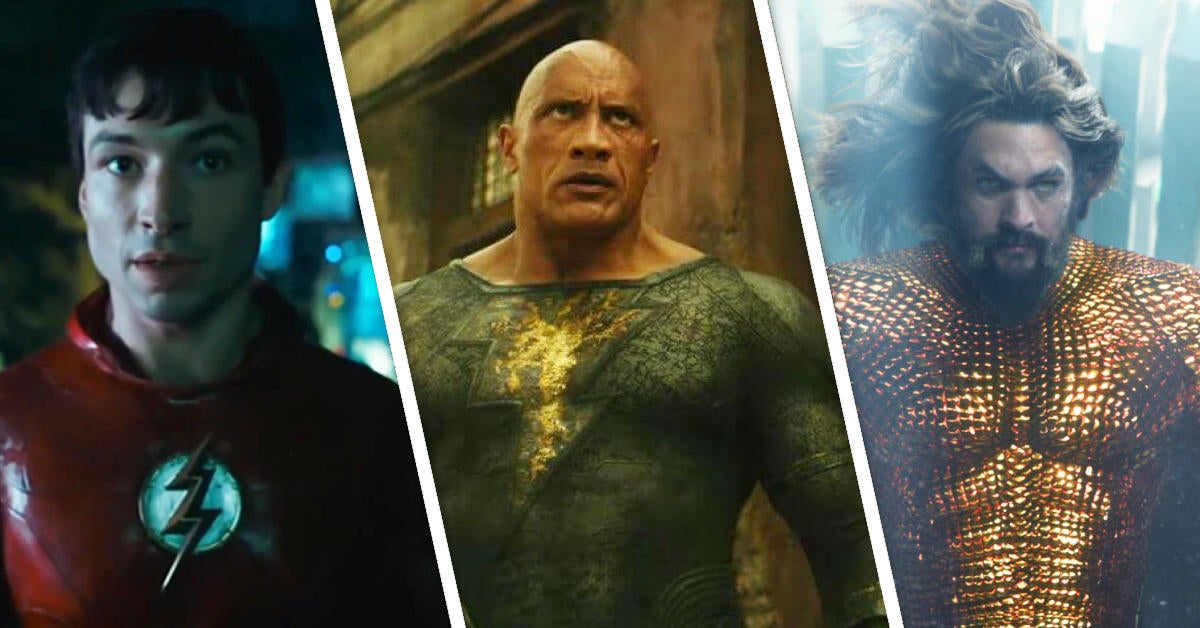 The landscape of upcoming DC projects is changing and evolving all the time, as new projects on the big and small screens begin to be brought to the masses. On Wednesday, fans got the latest major update regarding the upcoming slate, with the live-action Black Adam and the animated DC League of Super-Pets shifting their release dates. Super-Pets, which was originally scheduled to be released on May 20th, will now be released on July 29th, while Black Adam has moved from July 29th to October 21st. While the news is just breaking, it begs the question of what it could mean for the other DC films on the horizon — particularly, The Flash and Aquaman and the Lost Kingdom.

At the moment, The Flash is scheduled to be released in theaters on November 4th, which is now two weeks after Black Adam‘s current release date. While circumstances could always change, it’s safe to assume that The Flash might have to move release dates as well, in order for both films to not directly compete with each other. There’s also the question of how a hypothetical The Flash delay could impact the upcoming Batgirl HBO Max movie, which is believed to be arriving on HBO Max sometime this December. The Flash is expected to introduce the onscreen return of Michael Keaton’s Batman, who will later reprise his role in Batgirl — and it remains to be seen if the multiversal shenanigans of the first film are narratively needed to set up the other.

Meanwhile, Aquaman and the Lost Kingdom is currently scheduled to be released on December 16th — a date that was already going to be logistically complicated if Disney’s Avatar 2 keeps the exact same December 16th release date. Black Adam star and executive producer Dwayne “The Rock” Johnson also hinted in his video announcing the change that the film will be playing in theaters “right before Halloween and playing through Thanksgiving and Christmas”, which could be interpreted to mean that the film could be one of DC’s main offerings in the back half of the year, in place of the original Flash and Aquaman dates.

Luckily, if The Flash and Aquaman and the Lost Kingdom both end up moving back their release dates as a result of this Black Adam, there would be a pretty wide window for them to do so, as DC doesn’t have any additional theatrical releases scheduled until Shazam! Fury of the Gods on July 2, 2023 and Blue Beetle on August 18, 2023. While this might switch up fans’ expectations (and render some of DC’s recent “Year of Heroes” teaser trailer moot), we’ll just have to wait and see exactly what that entails.